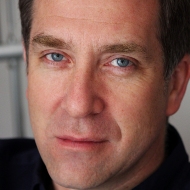 This idea for this theme came from the Debunker Club, an online group run by – among others – Dr Will Thalheimer who has served our profession well in the past. As well as his work on spaced learning, Will has shown that the much repeated claim that you remember just 10% of what you read versus 80% of what you do is spurious nonsense (it’s a ghastly corruption of Dale’s Cone).

Learning Styles: rubbish or not?

The aim of the Debunk Club is to move the L&D profession from pseudoscience such as Learning Styles to more rigorous theories, backed by experimental data. We shouldn’t need a Debunk Learning Styles month at all. Coffield et al (2004) and Pashler et al (2009) have already done the research. Pashler et al in their report summary say this:

We conclude therefore, that at present, there is no adequate evidence base to justify incorporating learning styles assessments into general educational practice.

while on their website, Coffield at al say this:

… we found little good evidence to suggest that teaching influenced by the idea of learning styles has a significant effect on achievement or motivation.

Three reasons why we use Learning Styles

So, why do L&D professionals continue to use them, and to reference them? I think there are three reasons:

We can’t do much about the first cause. We can’t add to the body of science, although we should certainly read it. We can’t do much to stop people making money out of Learning Style instruments, apart from refusing to use their systems. We can, however, challenge. And this is where I ask: do you want to make a difference, or do you want to be liked?

Ignorance can never be a defence

I believe that we are too inclined in L&D to avoid conflict, to believe that everyone should have their say. But we cannot sit on the fence with Learning Styles and other learning myths, because this matters. It matters because you are known by the company you keep, and if we mindlessly repeat these old saws, then we are no better than any charlatan who deliberately repeats them only to make money. Ignorance – in the L&D community of all places – can never be a defence.

It matters because until we take ourselves seriously enough to root out this nonsense, we cannot expect anyone else to take us seriously. It matters most of all because bad theory will inevitably lead to bad practice.

So please, challenge the notion!

Challenging someone’s use of Learning Styles does not have to mean a personal attack. It does not have to mean confrontation. It can be done as simply as asking, politely: “Excuse me, what’s your source for that? Because Coffield (2004), Pashler (2009) and others found no scientific basis for Learning Styles.” It doesn’t have to be rude or personal. But it does have to be done.

Please, help raise the standing of our profession, and its standards, by being an honest friend to colleagues. If we allow Learning Styles and other myths to influence our work, it will lead to bad practice. Yes, you might not be liked – for a short while – if you challenge the notion. But you will be improving our work as a whole.

The next time someone mentions Learning Styles, ask yourself the question: do you want to be liked, or to make a difference?