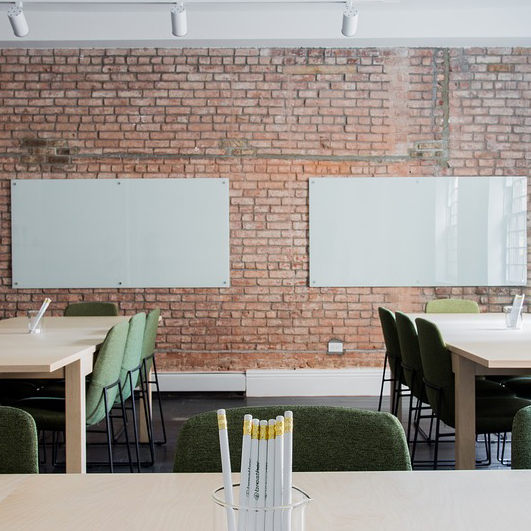 How words are defined, and then interpreted, is a big deal.  “Fine” or “Fine” – To drink a fine wine, or to pay a fine.  “Band” or “Band” – a marching band, or a wedding band.  Clearly two words, which are spelled and pronounced the same, but have two very different meanings. Our industry creates a lot of these.  Mainly because we tend to create a word or label first, and define it second or over time.  This tends to create a lot of confusion, especially for our learners.  I’ve learned an important thing throughout my career, learners often define our terms very differently when they view them through their context.

One of my favorites was “Just in Time” (JIT) training/learning, an acronym we often attach to eLearning.  The problem was that early on we defined JIT by availability and accessibility when our learners defined it by relevance and immediacy.  When these conflicts arise it can have some long-term implications.  For many learners, the early days of eLearning were a disappointment, not because it wasn’t an incredible alternative to the classroom, but more because it didn’t live up to its billing of being “JIT” in the eyes of the consumer.   Another was the “virtual classroom”.  Again, great idea, poor marketing.  Although virtual technologies are an amazing way to distribute learning over time and space, the early efforts were not like the classroom, at least not the one learners had grown to know and love.  Many were death by PowerPoint with gifted classroom instructors doing their best to be engaging in a 2 dimensional world which was completely foreign to them.

Now before you start sending me angry emails on the merits of both eLearning and virtual instruction, I’m a huge fan of both and feel that they have come a long way from the early days I described above.  The operative words here are “early days”.  As I said before, we often label things ahead of our ability to allow them to find their place, both with us as the designers and, more importantly, with our learners as the consumer.  This issue becomes especially critical as more and more of the new trends move out into the workflow where the learner drives and can choose to consume or not.

Enter “Workflow Learning”, a label I’ve heard thrown around more and more lately.  It’s an interesting proposition.  Thanks to many of the technologies available today, as well as a more aggressive, impatient and demanding learner, our ability as to push learning deliverables and strategies out into the workflow is more feasible than ever. This is a good thing, as long as we do it, and market it, correctly!

Personally, I like the label.  Many have come before it and have caused all kinds of confusion.  Our first effort was “Informal Learning” which carried with it a whole host of problems. The first being how do you define that world, or even begin to design for it?  It was just too broad brush and included anything that wasn’t formal.  As all of you know, I’m a HUGE fan of Performance Support J, but candidly having tried to evangelize the discipline for over 10 years now, many get hung up on the terms.  First of all, it often gets confused with things like performance and knowledge management.  Second, and most important, learners have no idea what that means.  Workflow learning seems to resonate with both the buyer and the builder.  It’s a good start!

Circling around to the learner

The next step is that we need to be sure we’re actually providing what we’ve promised.  Let’s start by circling back around to the learner.  Before we define yet another square peg and then attempt to fit it into a square hole, let’s go out and ask them what they think workflow learning is.  I’ve done a bit of this and the one thing that continues to come back is that it’s NOT just training thrown out into the workflow.  We’ve already provided a lot of that with the modalities I’ve already mentioned. To move to true workflow learning we need to add other support oriented approaches.  These need to be orchestrated with the training deliverables so that the learner finds what they want, in a timely manner, and in the most effective way possible, typically with the support tools available first and then the training tools if needed (See related blogs on the PS Design Pyramid). In the workflow context is king and drives more of a support mentality than a training one.  It’s not to say that training can’t be consumed in the workflow, it’s just that it’s often not the type of solution the learner is initially looking for.  It’s overly structured, takes too long to consume, and is knowledge focused.  Support assets are typically brief, solution oriented, and performance focused.

Workflow learning will challenge us by taking us into areas of analysis and design that are very new to many.  It’s an approach that “ADDIE” alone can’t solve.  It needs a broader and more performance centered design. Let’s be sure we do the work needed to fulfill the promise so that this powerful, and highly effective, learning approach can work the first time around.