The Engaged Employee – a keynote by Julian Stodd 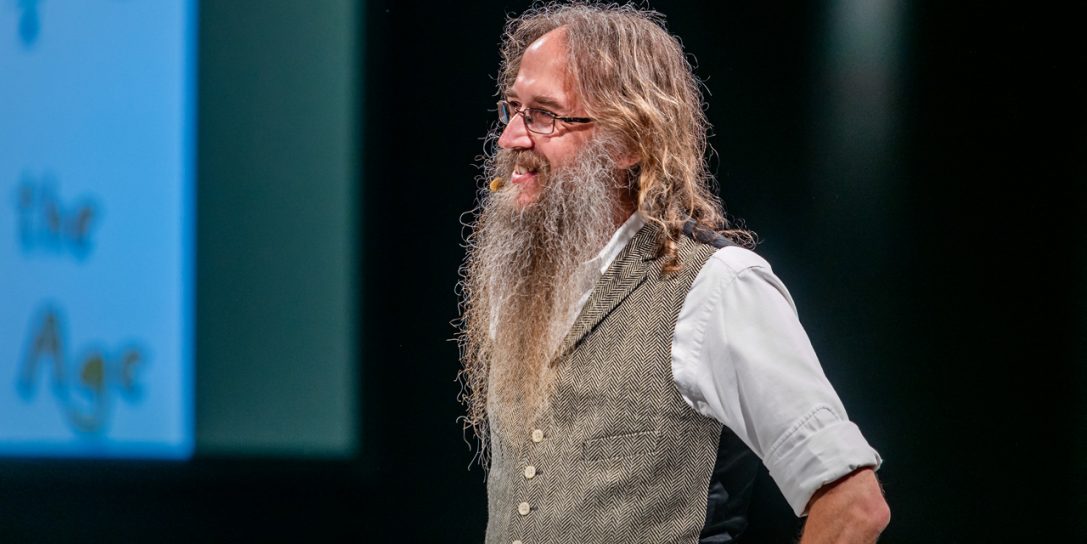 Julian Stodd points out an inspiring idea, “The way we are learning is changing”. A fundamental difference with the past is that while we are coming from a time when organizations were controlling most of the knowledge, we are now moving to a culture where knowledge arises from co-creation, is dynamic and distributed to the whole community.

Who decides who is right or wrong?

It is a mistake to think that someone could decide what is right or wrong. In the past it was often thought an organization was ‘right’. But in the modern world that is no longer the accepted truth. Recent cultural shifts have moved to a mindset of expanding out of comfort zones and focusing more on the future. These institutions used to be valued and venerated for their consistency and conformity; which are exactly the features that are the enemy of change. With change and in turn innovation being the watchwords of our modern world, the modern organization must find a balance between the powerful echoes of the past and the alluring augments of the future.

This is no small task to undertake and practical reflection is an optimal way to do it. The ability to hear different perspectives and construct a story together; often a non-harmonious story, but a story none the less that depicts of disagreement is preferred if it bridges this gap between the old and the new styles. The companies that are doing this are dynamic and often employ an egalitarian approach to finding good insights and answers. A good insight, a cutting edge idea or a brilliant strategy is what matters, not the source of it. The organizations are flexible and hungry for the next thing that will hurdle them towards success.

Is it possible to adapt being a large organization?

Of course all of this sounds well and good, but theorization about what should be done does not always translate to the practical. Organizations and companies can be like tanker ships, slow to move off course. But the organizations that have truly made a mark are the ones who have heeded the changing tides and moved with them. Whether it be the modern tech titans, the Apples, Googles or Amazons, or the oldest banks in the world beginning trading on crypto currency. The type and size of a company has not shown to be the indicator of who changes and adapts. A desire for success, for growth and for excellence is the hallmarks of those who have made these inroads.

How can we find a balance between formal and social learning?

To be sure, it is not as simple as mandating that workers in a company develop new ideas, find creative solutions to problems or innovate their field. No memo, no edict from on high will suddenly transform an organization. If you try to control people through rules, you don’t create a space for excellence. But rather if you create a culture that is right, people do things that are right. The culture itself teaches those within it to be the kind of agile and dexterous thinkers that are needed in the modern age, it is social learning that allows for the kind of categorical buy in that truly leads to explosive change.

The simplest way to achieve this is to let those who do not often have a voice or a seat at the table be heard. And conversely those who dominate, those who bellow the loudest need to in turn be reflective. If the patterns that lead an organization to a place where they need change are themselves not changed, then the organization will remain in the past. Management needs to have the strength to be silent, to promulgate listening and wider social integration. Leadership in the modern era is not about codifying the current dynamics, but by allowing them to evolve, and all the while knowing it is for the groups benefit. Management needs to trust their people, and in turn will engender their people’s trust.

Do we measure social learning?

This kind of social learning and development is a strategy to make us more effective. If it is not working, then it should be done away with. But how one determines this takes time as by its very nature social change and cultural reimagining take time. The collectives view on their success, their progress has to be weighed against the common tangibles used as metrics of success. Behavior becomes the gauge of success; people feeling empowered to act as they had not before, growing and flourishing. Seeing this has to be weighed against the old measures of progress, to strike the balance between old and new.

How to change something in your organization? à The 6 week experiment!

There is no deadline for this change; there are no regulations or laws that will force this to happen. It must come from within. Think about where your organization is today and the social constraints that limit those within it to flourish. Take six weeks to make one change to that dynamic. If in those six weeks there are no noticeable changes, then little cost little lost. But in those six weeks, look for one change, for one moment of social growth towards an organization that promotes flourishing, experimentation, ingenuity and comfort. Try to evoke it from the least likely places. For once that singular moment arises, it simply takes the nourishing of that spark to take down the edifices of the past and to ratify the vision of what is to be.